The Fortissimo and Espressivo Story

The story of the LaStella Fortissimo and Espressivo, our two Super Tuscan inspired red blend begins, perhaps surprisingly for an Italian inspired winery, in Bordeaux.

On the other hand, Bordeaux has been the most important wine region in the world for several centuries and to this day is the most talked about, written about and discussed wine producing region.

Bordeaux, or Bordeaux style wines, are almost ubiquitous in any wine collector’s cellar. They are often the first types of wine a new hobbyist seeks out and overall are easily the most collected type of wine in the world.

Across the world almost every wine region has produced wines in imitation of Bordeaux. Napa Valley, Washington State, Western Australia, Coonawarra, South Africa, Chile and Argentina have all produced and successfully marketed Cabernet/Merlot blended wines. The Okanagan Valley in BC has been no different – Mission Hill Occulus, Black Hills Nota Bene and Osoyoos Larose are internationally known Bordeaux style wines that have helped put the Okanagan Valley on the map.

In the 1960s a new chapter began in the development of Cabernet and Merlot based wines. A parallel style of Bordeaux inspired wines developed in Italy. These wines were heavily influenced by the great wines of Bordeaux, drawing on the grape varieties and some of the vinification techniques, yet they remained unique. Particularly in the coastal regions of Tuscany: Maremma and Bolgheri the wines reflected the greatness of Bordeaux yet were approachable earlier in their maturation.

Contrasting Bordeaux, these “Super Tuscans”, were grown in warmer sites and picked later. The resulting wines had slightly higher alcohol, more refined and riper tannin and lower acidities. In the vineyards these wines spearheaded the movement to very high planting densities combined with low yields that would soon become the fashion around the world.

In the winery many innovative techniques were introduced. The winemakers used shorter ferments for less skin contact but with fewer cap punch downs (pigeage) or pump overs (remontage) during ferment. Pre and post ferment soaks became standard practice to extract colour without too much tannin. Aging happens not only in french oak and smaller barrels (225L) but also in large format barrels (500L, 600L and 1000L) Slavonian and Hugarian oak. The end result was a softer, lusher style of wine that soon became an international phenomenon.

Fortissimo (Merlot Dominant) and Espressivo (Cabernet Dominant) draw inspiration from a different style of Super Tuscan. Here we looked to Antinori’s Tignanello and Brancaia’s Il Blu (2 of of the more well known examples) as we blended Cabernet and Merlot with that most Tuscan of varieties: Sangiovese.

The Sangiovese lends natural acidity and a delightful rusticity to both Fortissimo and Espressivo. Overall it presents in a charmingly boisterous style that balances the structure the Sangiovese brings to the blend. Fortissimo and Espressivo are both a lovely contrast to our flagship wine: Maestoso. Naturally it lacks the over the top intensity and drive of Maestoso; yet perhaps this slightly more down to earth feel allows it to be more at home on the dining table. 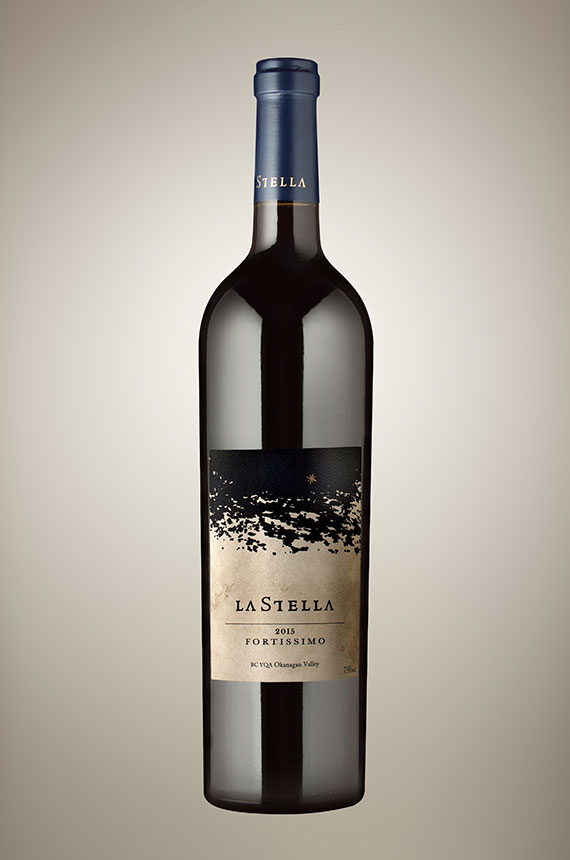